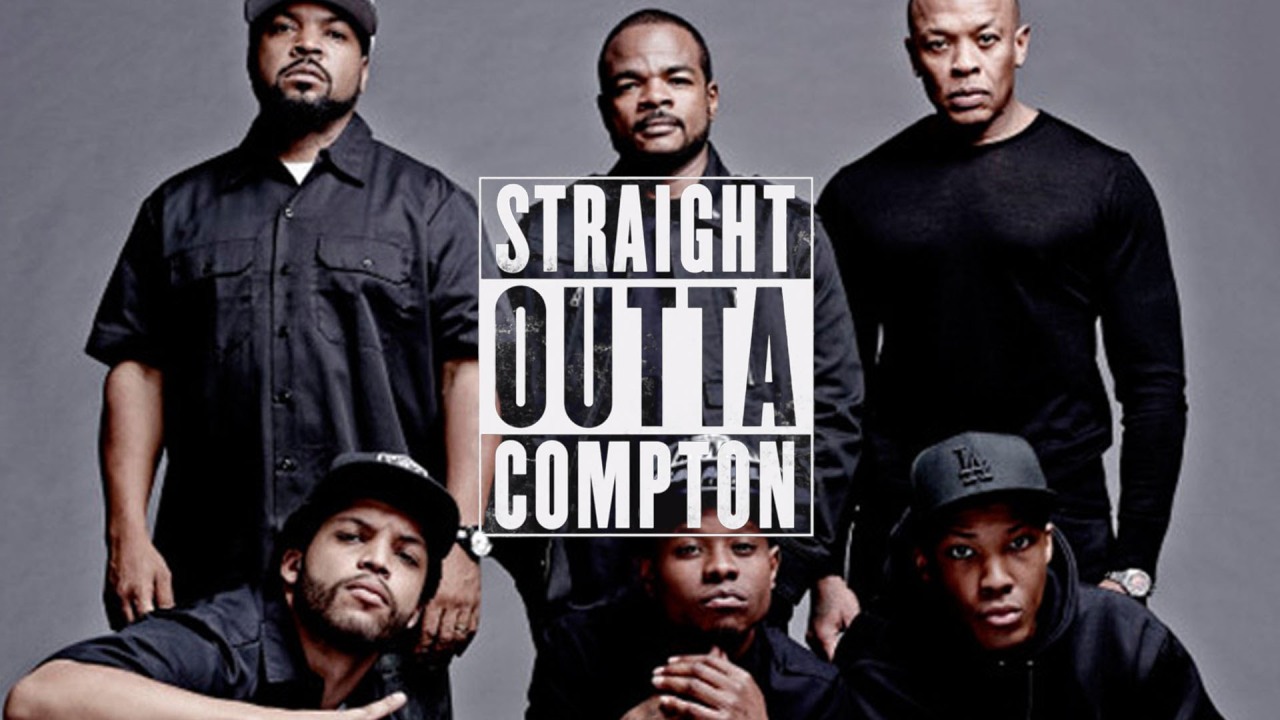 N.W.A. first popped up on my radar in the seventh grade.  I was in my woodworking class sitting next to a Black kid who with the exception of rhythmic mutterings under his breath was silent.  I do not remember his name and we hardly spoke.  I think we both took comfort in the soothing sounds of a dozen sanders, the smooth feeling of finished wood under our fingertips, the absence of a teachers’ droning.  In the socially exhausting routine of middle school, woodworking was our sanctuary.

I do not recall what our exact assignment was, but the boy next to me was carving something into his project.  I was curious, but was afraid to ask.  At any rate, I would see what the writing was eventually.  Unfortunately, the teacher dropped by and asked him point blank what word he was etching in the wood.  The boy seemed at first to cringe, but then he sat up in his chair and said with sass, “N.W.A.”

He got in trouble and was forced to replace the piece.

I was thoroughly perplexed.  At the time I did not question the teacher’s authority to do such a thing but I wanted very badly to know what the three letters meant.  I spent the rest of the workshop summoning up the courage to talk to him, and when the bell rang and we were in the hallway a safe distance from the class, I asked him what N.W.A. meant.

He looked at me, flashed a smile, and gave their full name.  After thanking him for enlightening me I walked to my locker and thought to myself, “well, no wonder he got in trouble.”

The seventh grade was when people started to call me “Dan Dan the Music Man” because I spent a lot of my time singing.  My musical taste was rudimentary–I listened to what my dad did, sought out musicals, and had yet to choose the 2000s over anything else.  But when the cute girl asked me what my favorite genre of music was I would lie straight-faced and say rap.  For someone who had 3 years to go before he even came close to puberty, I did anything to feel cool.

I did not fake it hard at all though.  I did not go home and look up songs by N.W.A.  I wish I had that day though, because it would have given me an introduction to the pioneer of a crucial and relevant musical genre in American history.  At twelve years old I certainly would not have understood the socio-economic and racial importance of the hip-hop group N.W.A., but it would have helped me talk to that kid in woodworking and perhaps we would have become friends.  Perhaps he could have introduced me into the harsh realities of their music and our world.

The highly successful N.W.A. biopic opened in theaters two weeks ago and the music lover and critic in me was absolutely salivating at the opportunity to see it.  The empath in me also became very aware of the intense feelings the movie would provoke.  Last week I went to see the film with my little seventeen year old brother–who is a more savvy rap fan than myself–and it was quite an experience.

From the opening sequence, the entire film shows the artistic motivations of N.W.A.  It is terrifying and infuriating to be Black in an inherently racist system, where the most viable ways to earn a living are illegal, and that no matter how successful they are, the struggle never stops.  Juxtaposed over various racially motivated acts of violence and other illicit activities, N.W.A.’s story is at times difficult to swallow.  But the film itself is so captivating that looking away would itself be a crime.  For someone who is so deeply affected by music, to see so many people brought together with gangsta rap was magical.

On the other hand, this is a biopic about a group that raps lyrics such as “So what about the bitch who got shot? Fuck her! /
You think I give a damn about a bitch? I ain’t a sucker!” and, “So we started lookin for the bitches with the big butts / Like her, but she keep cryin’, “I got a boyfriend,” Bitch stop lyin’ / Dumb-ass hooker ain’t nuttin but a dyke.”  Rap has a notorious history with misogyny, and that was on full display in Straight Outta Compton.  Women are reduced to nothing but objects to be used and then discarded.  The crucial detail left out of the story, however, is producer Dr. Dre’s assault of journalist Dee Barnes.  The film’s portrayal of women is accurate, but to leave out Dre’s history of abuse left her “like many of the women that knew and worked with N.W.A.: a casualty of [the film’s] revisionist history.”  The brilliance of the film comes from its moments of authenticity, and F. Gary Gray decided to tarnish his movie by treating an important case of violence against women like a footnote.

You can make five different N.W.A movies.  We made the one we wanted to make.

Furthermore, Dr. Dre should not have been allowed to executively produce the movie along with Ice Cube.  That is gross conflict of interest.  I highly encourage everyone to read Dee Barnes’ personal essay on this issue here.

Despite the glaring omissions, I paid to go see this movie because it was made by Black people for a Black audience and was not stereotypically offensive.  In Hollywood, the number of movies with the majority of the cast people of color is horrifically and inexcusably low.  So low in fact, that when a Black biopic largely set in Los Angeles is released, the police beef up security at the theaters.  This precise kind of ingrained, institutional racism is what makes Straight Outta Compton so relevant and so powerfully good.  To this day the police are intimidated by mainstream art made by and for audiences of color, which is so rare that it’s treated like a terrorist plot.  In 2015, the LAPD have shot 25 people and killed 13, but there have been no acts of gun violence by Black theater audience members in Los Angeles in the same year.  So as N.W.A. would say, fuck the police and go see the year’s best movie.

I’ve thought a lot about that day in woodworking in the recent weeks.  My pretentious response to a boy etching in an acronym for a empowering rap group name was an ignorant one.  The real reason he got in trouble was because the white teacher’s socially and racially motived power dynamic was in jeopardy.  In an inherently racist system the Black boy was not allowed to express his interests in art that upset the status quo.  He was also afraid of something that exposed his privilege and of music that did not represent himself.  Straight Outta Compton is a magnificent portrayal of a crucial chapter in American musical history that is sure to make people uncomfortable. As a result it is poignant and provocative and invites engaging in debates about several important issues relevant to life in the United States.