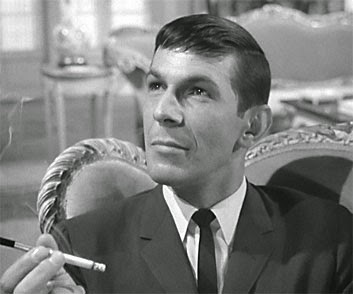 I don’t like to project my love for Star Trek because it reminds me of friendships lost.  In my youth I would play with my elementary school buddy while shooting imaginary phasers and helping alien races survive atrocities that humanity was largely responsible for.  Did I realize that I had a pretty messed up white savior complex at the age of 6?  No of course not, but those are the kind of things I think about when I decide not to project my intense love for the show.  This is a pretty hypocritical thing to say because I don’t hide my intense passion for LotR’s or Star Wars at all but those two are just as problematic…..

I met this really awesome guy back in the second grade (let’s call him Jim) and he is a large part of the reason why I am a nerd.  We became wonderful friends, and we would often take turns being Kirk and Spock and going on adventures in back yards and on our parents’ king sized beds.  Jim would usually be Captain Kirk and I would usually be Spock, something that I was more than okay with because I identified more as Spock.  Leonard Nimoy was less macho than William Shatner but every bit as decisive and strong.  What fascinated me the most and what has stuck with me from that very young first viewing of Star Trek, however, was that Spock was more human.

There’s a reason why Kirk says what he says at Spock’s funeral in The Wrath of Khan.  Spock is, out of every character in the show, the most human.  He is much more complex a character than Kirk, who is one dimensional and for the most part boring.  He’s idealistic and cares for his crew to be sure, but in the end, he is nothing without Spock.  Star Trek would be nothing without him. Leonard Nimoy brought to life a character who is part Vulcan, part Human.  Vulcan’s are stoic and have cast away emotion for pure, cold logic while humans are emotional and rash.  Now imagine, as an actor, you were given a role which had to be half and half.  How would you do it?  Nimoy was tasked to show emotional restraint in his facial expressions and yet still convey his feelings, a seemingly impossible task that he didn’t just succeed in doing, but he perfected.

Take a moment and watch this, and you’ll get a hint at what I mean.  (And also weep)

Whomever decided to make Vulcan eyebrows slant up was a genius because it helped the audience see more of the eyes, which are the fundamental vessels of honest emotion.  Furthermore, Nimoy delivered literal lines with such humor and wit that Guardian’s of the Galaxy copied the idea for the character Drax.

A few people who are close to me were surprised how much Nimoy’s death affected me.  I don’t like to project my love for Star Trek because I don’t like to think about losing my first best friend.  As we grew up, we grew apart.  Jim taught me so much and was a blessing in my life, and Nimoy’s death has forced me to think once again about losing Jim’s friendship.  But thinking about these things is healthy because Leonard Nimoy taught me that there is no such thing as pure, perfect emotional adjustment.  To achieve such a state would be inhuman.