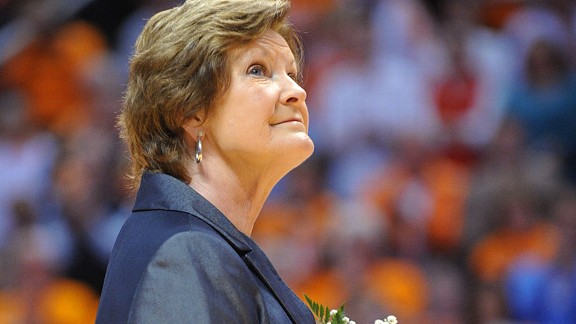 Last night, men’s Duke basketball coach Mike Krzyzewski won his 999th game.  On Sunday, he has the chance to become the first men’s Division I coach to reach 1000.  Anyone who knows me is thinking, “aw great here we go, DJ the Duke fanatic is going to go on a rant about how awesome Coach K is.”  Don’t worry, I’ll save that post for his retirement (please oh please oh please don’t ever leave I’ll go find the Holy Grail or the Philosopher’s Stone or something!!!!!!!).  As important as the milestone is, he’s going to get a lot of love in the next few days.  So I’m going to focus on the first and currently only NCAA basketball coach to ever reach 1000 wins (I’m not counting Oregon Tech’s coach Danny Miles or McKendree’s Harry Statham because they’re a part of the NAIA). 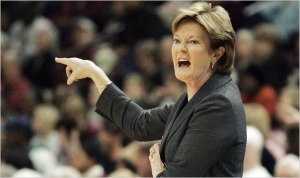 “I’m better than those Men”

During Landon Donovan’s retirement from Fútbol, a bunch of really stupid facts and titles were thrown around in discussing his career.  “Most goals ever for the US international team” was chief among them, and that couldn’t be more wrong.  Abby Wambach has the most, but the average person doesn’t know that, because sexism.  I was pleased to see ESPN’s article covering Duke’s win over Pitt last night had all the proper “men’s coach” identifiers, but journalism is different than discussion.  Over the next month–Hell, basketball season slash Coach K’s career and beyond–sports fans are going to suffer through a bunch of dudes talking about how he’s the “winningest coach ever” and “most successful” this and that.

Don’t get me wrong, I’m going to be the first biased fan to argue that Coach K is the best basketball coach ever, but what is needed is proper recognition across the gender divide.  It would be refreshing and awesome if analysts on the telly called each other out for being wrong.  It’s going to happen a little, because basketball is more popular than fútbol here in the States and because Pat Summitt is a famous woman and there are passionate people who respect and love her.  A little is not enough. 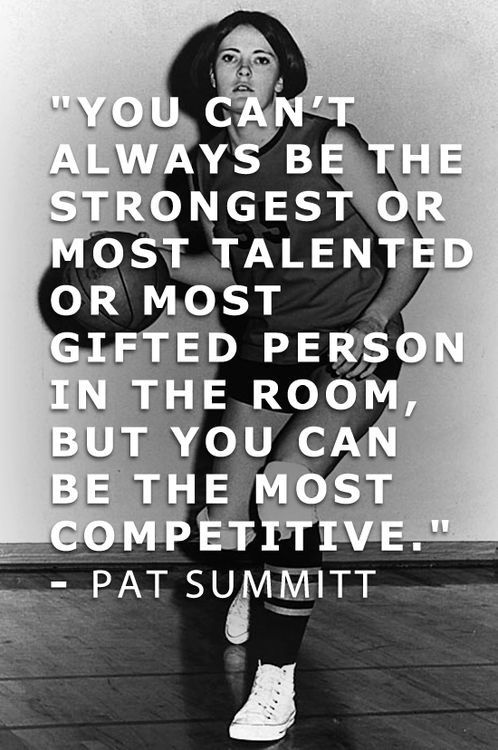 1098-208 with a win percentage of .841, 8 National Championships, 16 SEC Conference and Tournament titles, 8 SEC Coach of the Year’s, 7 NCAA Coach of the Year’s, 1 Olympic Gold, 1 undefeated season, Presidential Medal of Honor.  There was going to be much more, but she was diagnosed with Early-onset Alzheimer’s and is now channeling her competitiveness into battling brain degeneration.  Like most coaches, she doesn’t focus on the trophies and the awards, but the memories.  In living those memories, she has many joyous ones that will not fade into the blurry abyss of her disease:

“My short-term factual memory can be like water; events are a brief disturbance on the surface and then it closes back up again, as if nothing ever touched it.  But it’s a strange fact that my long-term memory remains strong, perhaps because it recorded events when my mind was unaffected.  My emotional memory is intact too, perhaps because feelings are recorded and stored in a different place than facts.  The things that happened deeper in the past, and deeper in the breast, are still there for me, under the water.

I won 1098 games, and eight national championships, and coached in four different decades.  But what I see are not the numbers.  I see their faces.”  – Pat Summitt, Sum it Up: 1098 Victories, a Couple of Irrelevant Losses, and a Life in Perspective 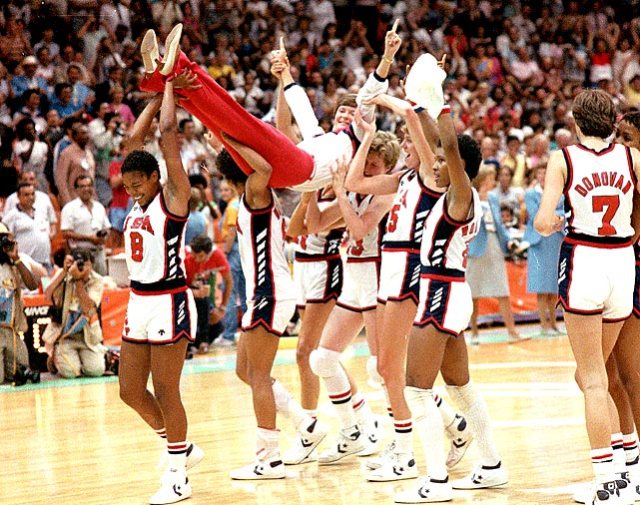